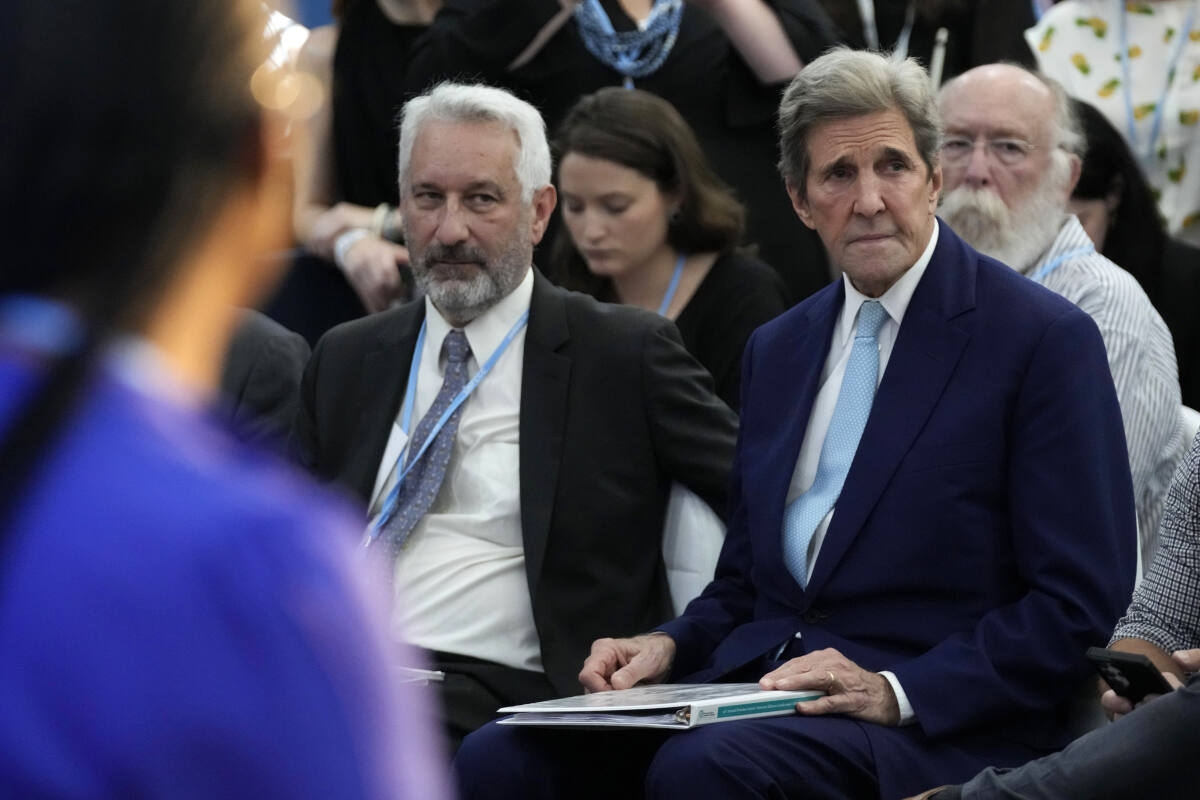 When it comes to helping poor nations cope with climate change, the United States government left its wallet at home. So it hopes its friend, big business, can help pick up the tab.

Unable to persuade Congress or the American public to spend billions of dollars more a year in climate financial aid, the U.S. government is trying to make it easier for private corporations to send cash to the developing world in exchange for looking green at home.

“Our intention is to put the carbon market to work, to deploy capital otherwise unemployable, to speed the transition from dirty to clean power,” and replace dirty coal-fired power plants with renewable energy sources, Kerry said at a launch event.

But the idea faced stiff resistance from environmental groups and climate experts, who said it would give polluters a license to keep polluting. It came a day after the United Nations warned about shady carbon credits that businesses count on to meet their net-zero targets.

Underscoring the opposition, an activist heckled Kerry as he launched the plan, accusing him of “promoting false solutions,” before security guards pushed him away. At this year’s COP summit, poorer nations have lambasted wealthier ones for not putting up enough money to finance their so-called green transition.

The developing world needs hundreds of billions of dollars to help them ditch coal, oil, and natural gas, but the United States Congress has been reluctant to spend much in financial aid.

“If we don’t find more money … we ain’t going to get this done,” Kerry said of the fight against climate change.

Kerry’s proposal is dubbed the Energy Transition Accelerator and is backed by two major philanthropies, The Rockefeller Foundation and the Bezos Earth Fund. They hope it could unlock $100 billion or more in financing for green projects by 2030. Kerry said he wants to have it up and running by next year’s COP meeting.

Details about how it will work are still sparse, but under the plan, verified greenhouse gas emission reductions would be generated that could then be sold as carbon credits. Kerry said there’s been “strong interest” to buy them from corporations including PepsiCo and Microsoft.

There would be “strong safeguards” on who could buy the credits, Kerry said. Buyers, “not including fossil fuel companies,” will need a goal for getting to net-zero carbon dioxide emissions and a science-based interim target on the way to meeting that goal, he said. The credits can’t be used as substitutes for making deep cuts to their own emissions but as an extra boost to those efforts.

Unlike other carbon credits criticized as prone to abuse, these credits would only be allowed to be used to phase out coal power plants in developing nations and create more renewable power and would be time-limited, Kerry said. That, he said, would be “guardrails against abuse.”

Carbon credits have evolved into a multibillion-dollar market for companies, governments, and individuals who want to reduce their carbon footprint. But they’ve also become a source of controversy among environmental and climate activists, who say they’re problematic because there’s no guarantee they’ll deliver on reducing emissions.

The basic idea is that emissions from polluting human activities can be offset elsewhere, either through farming practices that store carbon, planting trees or by capturing climate-changing gases from smokestacks and other equipment.

These activities are monetized and sold as offsets and are popular with companies making them a part of their net-zero plans.

On Tuesday, a U.N. expert panel warned that tougher standards were needed to fight back against greenwash by companies and investors making net-zero pledges, including a ban on businesses and local governments buying cheap carbon credits that lack integrity instead of deeply cutting their own emissions.