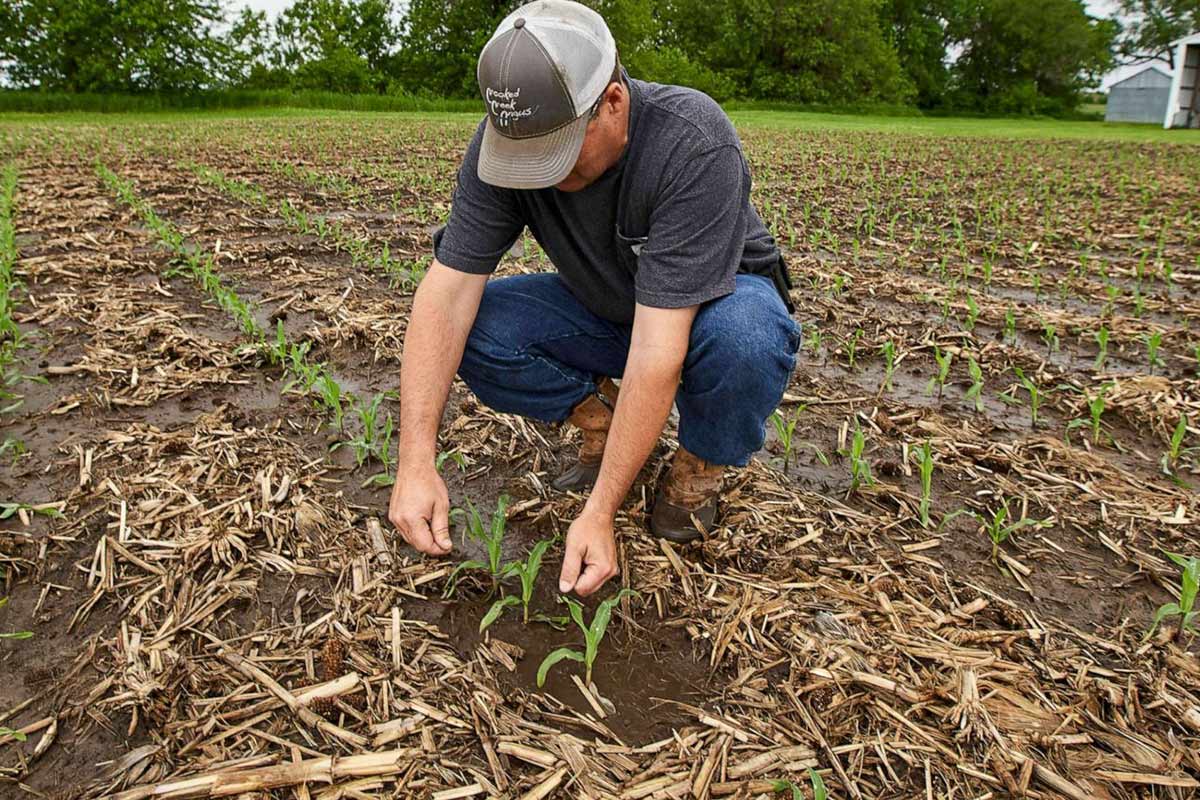 He’s staring down 4,000 acres of barren soil across his farm in southeast Colorado, dried out by a brutal drought that could soon drive food prices even higher.

“You walk through here and it’s so frustrating to see all of your hard work blown away,” Brooks said. “If grandad were still here … I’m sure he’d have flashbacks to the [1930s].”

Seventy-one million crop acres, from the Great Plains to the Pacific, are in a severe drought. That’s 22% of the nation’s crops, according to the American Farm Bureau.

Western farms are rationing water, with some destroying crops that they know won’t survive.
In the Midwest, the problem is the opposite. Farms are soaked this spring, and planting season is weeks behind.

“Inevitably your yield is going to be a little bit less,” Darvin Bentlage said, facing standing water across his Missouri farm.

These climate impacts are just one more stress on US farmers. They’re already facing skyrocketing costs for labor, fuel, seed and fertilizer — factors that are driving up food prices.

Marc Arnusch, like many farmers, is switching crops and planting half as many acres on his farm near Denver as he weathers price hikes and the drought.

‘We’re in danger of running out of food.’ Higher prices and demand squeeze food banks
US food prices keep climbing, up 9.4% from a year ago, per the Bureau of Labor Statistics. And the US Department of Agriculture projects prices to rise at least 5%-6% throughout 2022.

The war in Ukraine is adding to the challenges, sending global food prices sky high and creating an international hunger crisis, with Ukraine’s and Russia’s grain industries largely cut off to the world.

On Wednesday, the Biden administration announced new measures to support US farmers.
The administration is doubling the federal investment in domestic fertilizer production up to $500 million. It’s also expanding access to insurance for “double cropping,” a method of planting two different crops in the same field over the course of a year. And it’s expanding access to technologies that reduce the reliance on fertilizer.

“We can make sure that American agricultural exports will make up for the gap in Ukrainian supplies,” President Joe Biden said.

But a new USDA report is projecting less supply and higher prices in the US for grains like wheat and corn. There’s a growing concern in the food industry that US crop problems, largely driven by drought, could add more stress to the food supply chain.

“Those drought impacts are going to result in less food being on the market, which is going to further put pressure on food prices on top of some of the inflationary pressures we’ve already been seeing,” said Jayson Lusk, an agricultural economist at Purdue University.

The impacts may not be felt for months, but they could hit a range of products, from meat (with increasing feed costs) to baked goods, according to Ricky Volpe, an agricultural economist at California Polytechnic State University.

“I don’t know if we’ve seen the impacts of these supply problems, but they’re coming,” Volpe said. “If we were hoping for inflation to significantly abate by the end of the year, this is probably pushing the clock back a few months on that.”
Record wheat prices are already being passed on to consumers.

At City Bakery in Denver, owner Michael Bortz has seen his cost of flour nearly double. As a result, he’s raised the price of his bread roughly 20%.

If the cost of wheat keeps rising, he says he’ll have to raise his prices again.

“There’s no way around that, but we’ll try to control it,” Bortz said. “You’re at a point where you go, OK, what can we expect tomorrow? Well, we don’t know.”