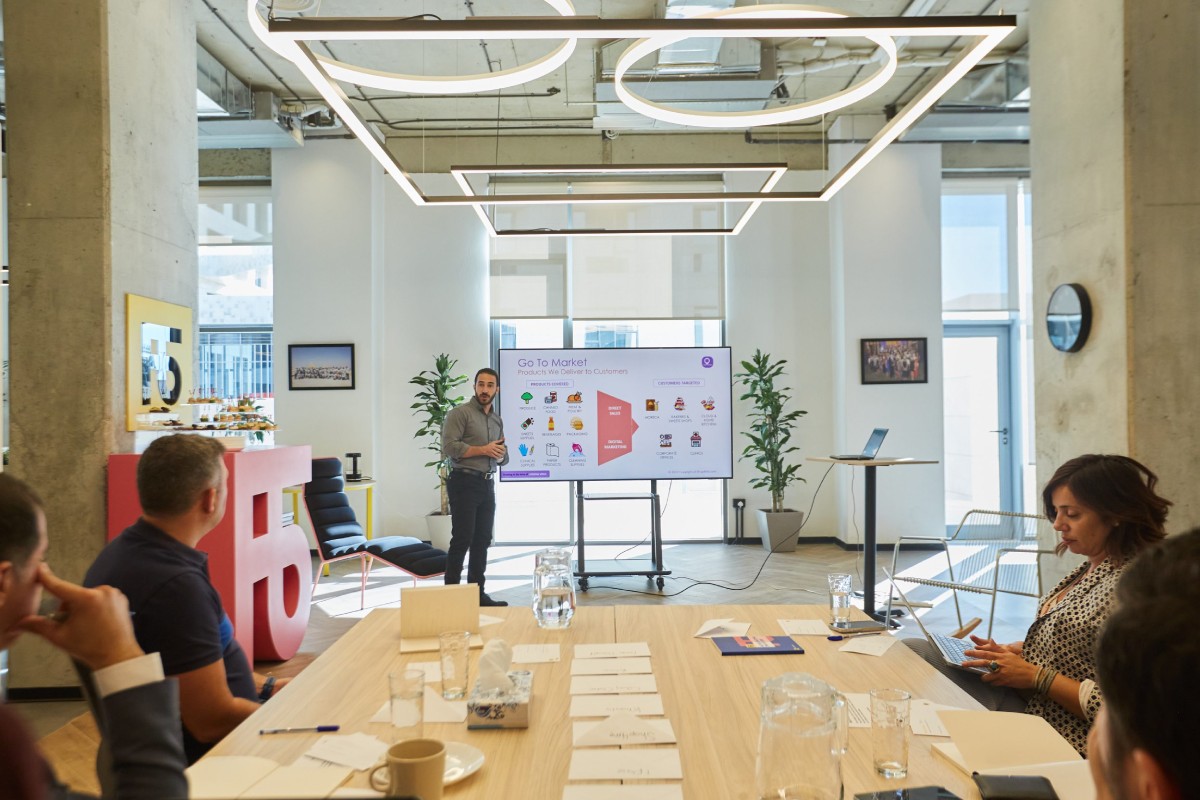 The Arab Small- and Medium-Sized Enterprises (SMEs) summit kicked off on Sunday in Amman under the title “Opportunities Beyond Boarders”.Deputising for HRH Crown Prince Hussein, Prime Minister Bisher Khaswaneh inaugurated the three-day summit, which is organised by the UN Economic and Social Committee for West Asian States (ESCWA) in cooperation with the Jordan Enterprise Development Corporation.

The summit serves as a regional platform to bring together national and global leaders of the public and private sectors, promoting the development of comprehensive policies and strategies that support SMEs in the Arab world and ease their access to local and international markets, according to event organisers.

Organised annually, topics such as internationalisation, access to markets and global value chains, access to finance, green entrepreneurship, emerging technology trends and practical applications will be addressed at the summit over the course of three days.

In an address to the event, Khaswaneh said that the government is interested in supporting SMEs and helping them “get on the right track”, according to the Jordan News Agency, Petra.

“The ratio of national debt to GDP is about 90 per cent,” Khaswaneh added.

However, Khaswaneh stated that Jordan has structural reform programmes and other ambitious plans for the prudent management and reduction of this debt, as verified by the International Monetary Fund and the World Bank.

Khaswaneh pointed out that the Kingdom’s debt service decreased by JD25 million last year, a level the Kingdom has not seen a decline of in many years.

The government is “taking steady steps in this matter”, he added.

Khaswaneh stressed that Jordan has a record level of almost $17 billion of cash reserves in the Central Bank of Jordan, just as international rating institutions have either stabilised or increased Jordan’s credit rating, thanks to prudent financial policies.

Global challenges are putting economic pressure on even the largest countries, Khaswaneh pointed out, adding that this manifests in nations’ ability to secure sufficient supplies of wheat and barley in particular.

Due to the policies put forth by His Majesty King Abdullah, the World Bank has certified that Jordan was one of the countries most immune to the issue of grain reserve shortages, said the premier. Jordan has a large reserve of wheat that can last up to 13 months, and a bare reserve that can last up to eight months, he said.

“These are prudent policies, which explore the possibility of our, and the world’s exposure to crises and challenges that demand proper planning,” said Khasawneh.

In response to a question about the recent cabinet reshuffle, the prime minister said that the main intention behind this move is to work towards achieving the three pillars of the comprehensive reform vision presented by His Majesty King Abdullah as the Jordanian state enters its second centenary. These include political reforms regarding laws which govern political parties and elections, as well as related constitutional amendments.

Khaswaneh added that the comprehensive reform plans also include the launch of a 10-year cross-governmental economic vision aimed at achieving a growth rate of 5.5 per cent, as well as employing one million Jordanians in the workforce in the coming 10 years.

In addition, the government has presented the public sector reform roadmap as the third component of the reform vision. Khasawneh stressed that the Cabinet reshuffle reflects the commitment to turning these goals into reality, especially with regard to economic and administrative reforms.

In response to a question, the Prime Minister pointed out that the Saudi Public Investment Fund is currently operating in the Kingdom and is considering several investment projects. The company has already signed an agreement to establish an educational hospital and is also in the process of reviewing a railway project.

Jordan is looking forward to the flow of investments from neighbouring Arab countries, including Saudi Arabia, the United Arab Emirates and others, the premier said.

The Kingdom welcomes these investments, he added, noting that they constitute key opportunities for expanding the economy and helping address unemployment.

The prime minister also toured the product exhibition held on the sidelines of the summit. More than 100 SMEs participated in the exhibition as well as a number of entrepreneurial projects.

Meanwhile, Minister of Industry, Trade and Supply and Minister of Labour Yousef Shamali emphasised the importance of the summit in enabling SMEs to access regional and global markets.

“We need to build the institutional capacities of Arab entrepreneurs to ensure that they are able to obtain the necessary financing and technical support to develop their businesses and enhance their contribution to the national economy,” Shamali said during his opening remarks.

He also pointed out that one of the most prominent challenges that SMEs face is access to finance and a legal and regulatory framework. “Only 9 per cent of banking facilities finance SMEs,” said Shamali.

“In Jordan, we have realised the magnitude of these challenges and the need to address them in order to ensure a more effective role for private sector SMEs in economic and social development,” especially since these institutions constitute about 95 per cent of the total businesses in Jordan, Shamali added.

Therefore, many measures have been taken to address these barriers, such as the launch of the National Strategy for Financial Inclusion (2018-2020) which aimed to enhance SMEs’ access to finance.

Shamali added that the Kingdom has succeeded in increasing financial inclusion from 33 per cent in 2017 to 50 per cent in 2020. Also, the government has developed a unified, official definition of SMEs in the industry, trade and service sectors based on the number of employees in the institution, and its profit values.

Shamali pointed out the Industrial Support and Development Fund began helping the industrial sector reduce the production costs of national industries to enhance their competitiveness locally and internationally.

“SMEs will be one of the largest beneficiaries of the financing provided by the fund, which has allocated a total amount of JD90 million for the next three years,” Shamali added.

Rola Dashti, executive secretary of ESCWA, remarked that the summit serves as a bridge between decision-makers and people aspiring to advance society, facilitating access to the paths available to achieve their aspirations.

“SMEs can play a significant role in achieving better and more inclusive economic growth, especially in securing new jobs for young people. They are an effective driver of change and development,” Dashti added.