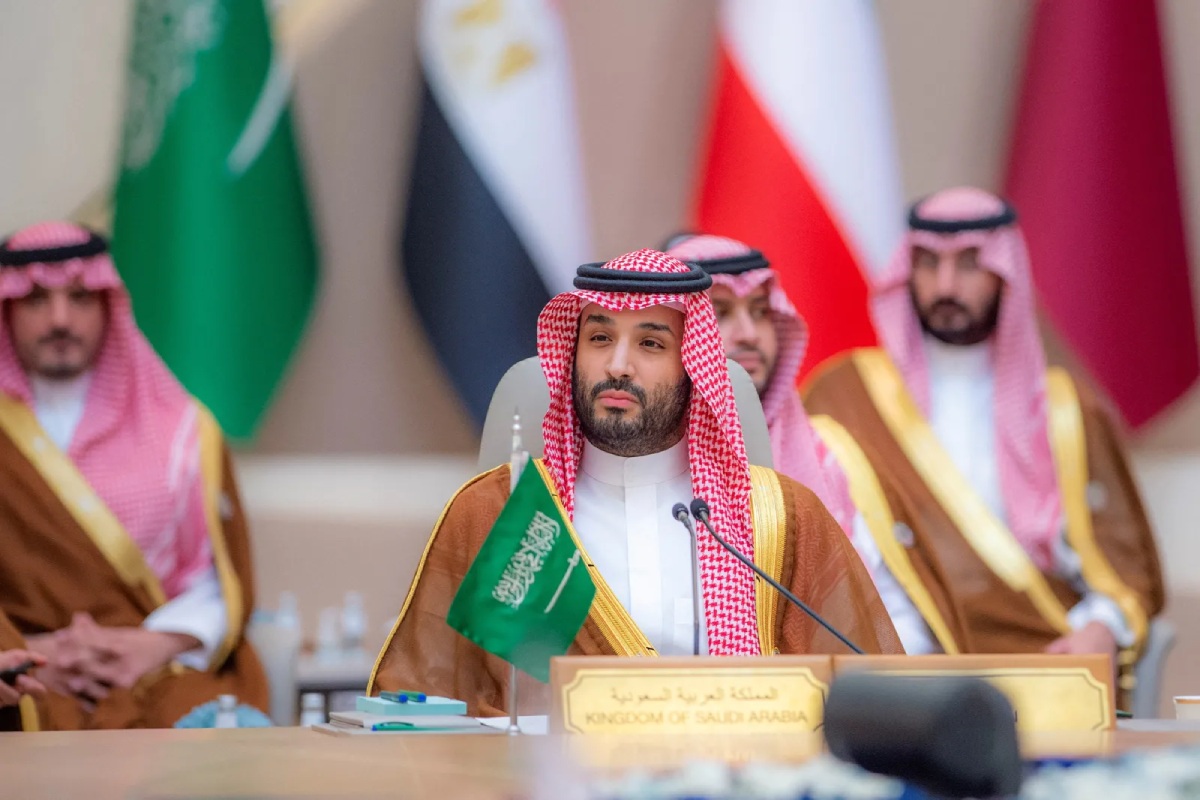 After a 48-year relationship solely with the U.S. dollar, Saudi Arabia’s Finance Minister, Mohammed Al-Jadaan, said the kingdom is open to trading in currencies other than the U.S. dollar. The statements follow China’s president, Xi Jinping, urging the Gulf monarchs to accept yuan for oil, and Riyadh officials saying last March the country would consider accepting the Chinese currency.

This week, the world’s elite met in the Swiss Alpine town of Davos for the 2023 World Economic Forum, and Saudi Arabia’s Finance Minister, Mohammed Al-Jadaan, spoke to Bloomberg TV on Tuesday. Al-Jadaan stunned reporters when he said Saudi Arabia is open to trading in other currencies. “There are no issues with discussing how we settle our trade arrangements, whether it’s in the U.S. dollar, the euro, or the Saudi riyal,” Al-Jadaan said. The finance minister added: I don’t think we are waving away or ruling out any discussion that will help improve the trade around the world.

The Saudi Arabian finance minister’s statements have been interpreted as another step toward de-dollarization. To understand why Al-Jadaan’s comments are significant, one must go back in time. In 1971, the U.S. government and President Richard Nixon ended the gold standard, and over the next three years, oil prices skyrocketed. In 1973 and 1974, federal officials and U.S. Treasury Secretary William Simon visited with monarchs in Riyadh.

At that time, the petro-dollar was born as Simon convinced the Saudis to sell oil in U.S. dollars and instructed them to purchase Treasury bonds. In addition to the Saudis, all of the Organization of the Petroleum Exporting Countries (OPEC) followed suit and priced their oil in U.S. dollars. Many believe this has given the U.S. an unfair advantage and that it has been the root cause of many of the wars the U.S. has been involved in over the last few decades. In more recent times, the U.S. dollar’s hegemony has been seemingly threatened.

For instance, Saudi Arabia has recently been considering joining the BRICS nations, which include Brazil, Russia, India, China, and South Africa. At the China-GCC summit, China’s President Xi Jinping urged Saudi Arabia to start accepting yuan for barrels of oil. Moreover, last March, Saudi Arabia said it was thinking about accepting the Chinese currency for oil. The Wall Street Journal noted that the Saudis were not pleased with U.S. President Biden’s dealings with Iran over the country’s nuclear program.

In October 2022, reports further claimed that members of the Saudi government, including Crown Prince Mohammed bin Salman, privately mocked Biden’s mental acuity. Al-Jadaan detailed on Tuesday that the leaders in Saudi Arabia have a good bond with China and other nations.

“We enjoy a very strategic relationship with China and we enjoy that same strategic relationship with other nations, including the U.S. and we want to develop that with Europe and other countries who are willing and able to work with us,” Al-Jadaan remarked. So far, Saudi Arabia’s statements have been considered rhetoric, and none of the aforementioned considerations (accepting yuan for oil, joining BRICS) has come to fruition.