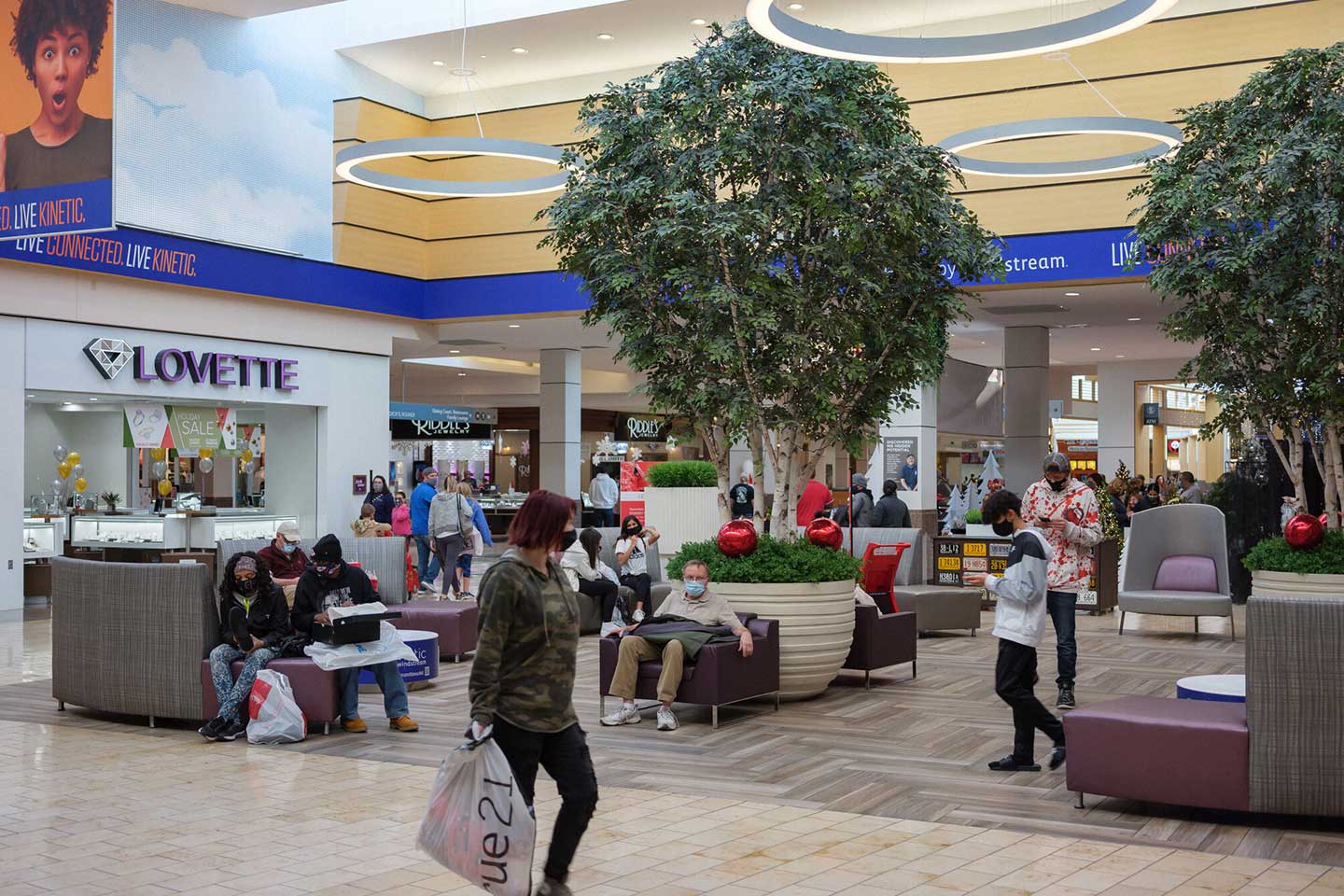 The pace was a slowdown from October when sales rose a revised 1.8% as consumers stocked up early on Christmas gifts wary of reports of product shortages. Expectations were for a monthly gain of 0.8%.

Gains were strongest in gasoline sales and food and beverage sales. The increase marked the fourth consecutive monthly increase in sales.

“This year’s holiday season will be more expensive for consumers than 2020, perhaps 30% more as some predict, but despite that, people are still shopping and spending,” says Jonathan Silver, CEO, and founder of Affinity Solutions, which tracks credit and debit card data. “That’s a good sign of a strong economy as we move into the new year.”

“Our data shows spending up 17% annually, compared to 10 to 15% annual growth in October, with yearly increases in top retail sectors like gas stations (68%), bars and restaurants (46%), general merchandise stores (35%) and clothing (33%),” Silver adds. “Of course, some of that growth is elevated activity compared to last year, which was more subdued.”

EY Americas Consumer Markets Industry Leader Kathy Gramling says consumers “have a huge hole in our pocket to spend,” but she worries they may return to the stores or online after the holidays, presenting retailers with the challenge of a deluge of returns at a time when global supply chains are under strain.

“Returns could have a big economic impact for retailers,” Gramling says, adding, “We already came into the pandemic under a lot of strain.”

The retail spending results are part of the economic puzzle the Federal Reserve is aiming to solve as it concludes a two-day meeting on monetary policy today. The Fed is widely expected to increase the amount of stimulus it is withdrawing from the economy. Last month, it announced plans to shave $15 billion off its $120-billion-per-month purchases of assets that it put in place at the start of the coronavirus pandemic. Now, that number is likely to be raised to $30 billion a month.

Market watchers will also be on the lookout for updated economic and inflation forecasts and any suggestion by Fed Chairman Jerome Powell and officials that they are moving up the timetable for hiking interest rates. The strong economy, as evidenced by robust consumer spending, is one consideration for how aggressive the Fed might be in tamping down inflation, as well as the steadily recovering labor market.

“Inflation could ease, all things being equal, as more Americans return to the workforce,” says Tim Holland, chief investment officer at Orion Advisor Solutions. “And, as the economy continues to reopen, consumers could spend more on services and less on goods, further destressing supply chains, and further mitigating inflation.”