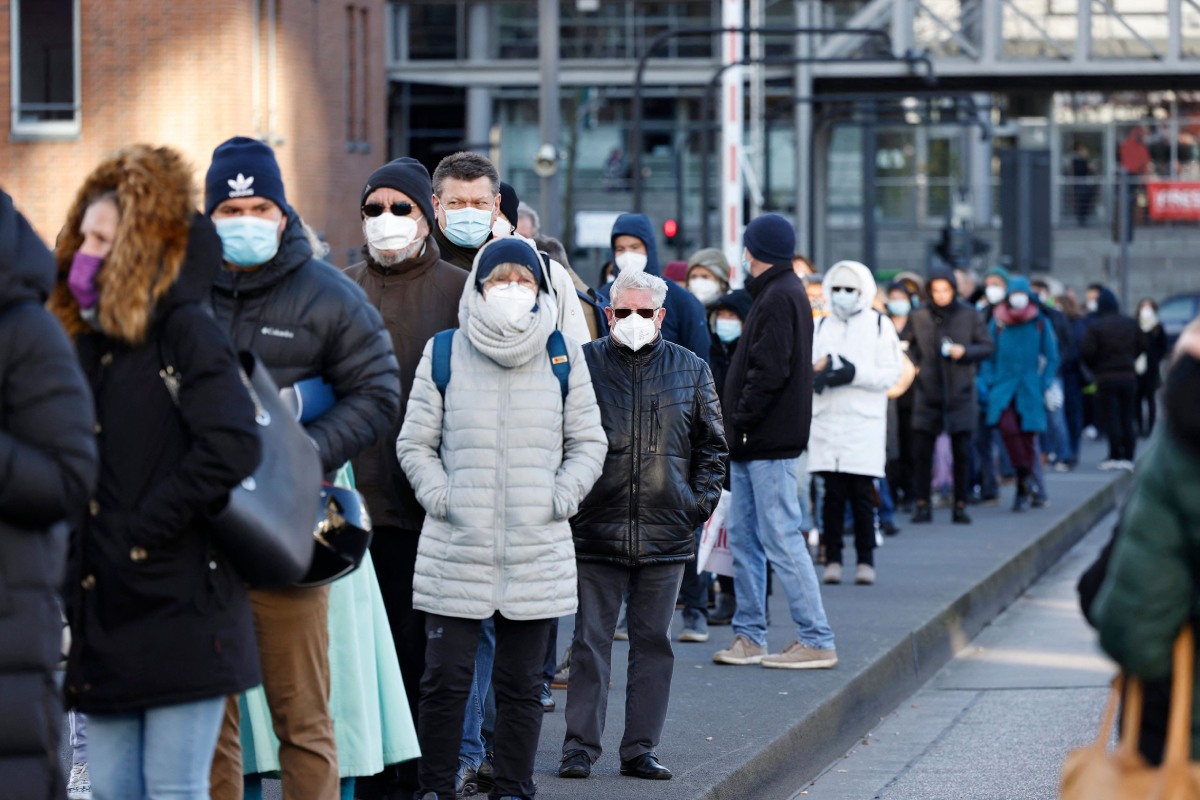 The dozens of items on the public agenda of the annual meetings of the World Bank and International Monetary Fund this week include several sessions on climate change, food security, and other chronic world problems, some on inflation and trade, and attention as well to economic inclusion and digital currencies.

Comparatively absent: The coronavirus pandemic, a once-in-a-century crisis that has killed an estimated 6.5 million people since late 2019 and highlighted broad weaknesses in how the global economy is organized, will be directly addressed through a single panel on preparedness, and two others on issues related to the economic recovery.

With the world fractured by war, commodity price shocks, a possible recession, financial market stress, and a slide towards deglobalization, the lingering health crisis that sparked or accelerated many of those problems – and kept international institutions meeting virtually until only recently – has now taken a back seat.

The pandemic “hasn’t quite left the scene,” IMF Managing Director Kristalina Georgieva said in remarks last week that set the stage for this week’s meetings. But she said the current priorities for global economic officials were controlling inflation, improving fiscal policy after massive spending early in the pandemic, and finding ways to buffer developing countries against the global rise in interest rates.

“It is totally surprising” that a health event that continues to weigh on the global economy has fallen down the list of priorities so fast, said Robin Brooks, managing director, and chief economist at the Institute of International Finance. “The world may be completely different … How do we get growth back? How do we build fiscal space given that we’ve used up so much” fighting the initial shock of the pandemic?

The global group of officials meeting this week in Washington will be gathering in person for the first time since the start of the pandemic, and they are walking into a cauldron of perhaps half a dozen or more acute problems – let alone fundamental challenges like climate change.

Russia, a major commodities producer, is in veritable pariah status because of its invasion of Ukraine; Europe faces the prospect of recession from risks in part related to the war; China’s economy is faltering under its still-strict zero-COVID policies; a winter energy crisis is possibly in the offing; liquidity strains have emerged in financial markets; inflation seems persistent; the response of the U.S. central bank to rising prices has strained financial markets.

In that context, the pandemic might seem less pressing. Although cases are rising in Europe again and there is always the worry of another mutation, the daily deaths attributed to the coronavirus were averaging just over 1,400 in the week ending Oct. 9, about a tenth of what was seen at the peak of the crisis, according to data compiled by the Johns Hopkins Coronavirus Resource Center.

Yet it remains one of the main factors influencing global economic outcomes right now, from the ongoing impact of China’s strict policies to stop the spread of the virus to the chronic shock to labor markets.

Nations like Japan are still wrestling with restrictions, and only recently lifted limits on foreign travelers, while companies are struggling to understand how markets, consumers, and workers have changed what they want and what they are willing to pay – or be paid – for it.

Economists remain in the early stages of understanding how the events of the last two years have altered the world, and while there are those discounting the risk of a broad “regime change,” some of the aftershocks from the pandemic are looking more and more permanent.

In the United Kingdom and the United States, there are lingering employment gaps. The job recovery in U.S. sectors like education and childcare, for example, remains stunted, a fact that may affect how the rest of the labor force functions given the impact of those parts of the economy on families.

Studies have begun documenting a potentially permanent blow to the labor supply from the pandemic. One recent analysis concluded that ongoing infections are keeping about half a million people out of work in the United States; a recent U.S. Census survey on long COVID illness estimated that 8.5 million people who are in jobs had symptoms that had lasted at least three months and reduced their ability to carry out day-to-day activities.

In the United Kingdom, long-term illness has sidelined more than 377,000 people since the start of the pandemic, about 1% of the labor force.

It may be only the beginning of understanding what the pandemic has meant and how the world may need to prepare for the next shock.

Combine ongoing labor shortages with supply disruptions and other new “frictions,” said Diane Swonk, KPMG’s chief economist, and what’s emerging may be a “mirror world” of what came before, with “shorter business cycles, more frequent interest rate hikes and inflation.”