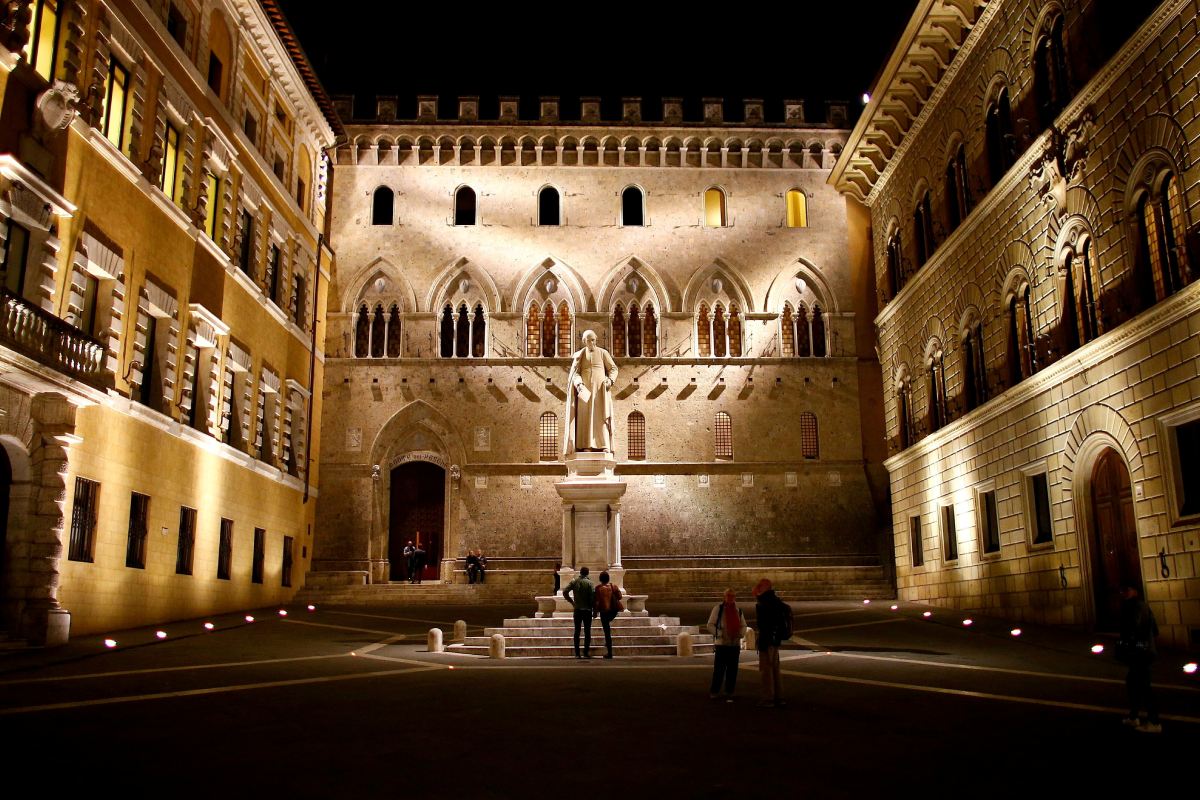 Italy’s Monte Dei Paschi di Siena (MPS) will brave rocky markets next week as it seeks to raise up to 2.5 billion euros ($2.4 billion) in a share sale, after managing on Thursday to clinch support from a group of banks.

MPS needs more cash to lay off 3,500 staff through a costly early retirement scheme and to bolster capital only five years after an 8.2 billion euro bailout handed the state majority control of the bank.

The biggest private employer in Tuscany, an area that is a historic bulwark of Italy’s center-left, MPS has close ties with many regional businesses in the fashion and tourism industries.

The bank is betting on rising interest rates and savings from the job cuts to boost profits under Chief Executive Luigi Lovaglio who took the role in February.

Deemed too big to fail, MPS has been at the heart of Italy’s banking woes since an ill-fated acquisition on the eve of the 2008-2009 global financial crisis.

It struggled to secure underwriters for its seventh cash call in 14 years, forcing it to race until the very last minute to gather advance commitments from investors to limit risks for the banking consortium.

With only six out of eight banks on board late on Wednesday, CEO Lovaglio and finance chief Andrea Maffezzoni worked through the night with lenders to seal the final backing.

Bank of America, Citigroup, Credit Suisse, and Mediobanca are the offer’s global coordinators.

Barclays, Societe Generale, Stifel, and Santander, the last to join, are bookrunners.

Underwriters will cover up to 807 million euros of the issue, MPS said in a statement early on Thursday, just minutes after receiving the signature of the eighth bank.

Up to 200 million euros of the capital will come from France’s AXA, MPS’ partner in an insurance joint venture.

Another 50 million euros are being guaranteed by London-based fund Algebris, whose founder Davide Serra is a close associate of Lovaglio.

With markets gripped by fears about recession, conflict in Ukraine, inflation and higher rates, the eight banks due to backstop the sale had refused to take on the risk without reassurances about how much stock they could be left holding.

The state will put in 1.6 billion euros towards the capital raising, based on its 64% stake. European Union rules on state aid mean the remainder must be raised from private investors.

MPS said that some investors had committed with the underwriters to buy new shares for a sum equivalent to more than half the private portion of the capital increase.

As well as the AXA contribution, asset manager Anima Holding, another MPS partner, will invest 25 million euros after Lovaglio stalled on its offer of putting in 10 times that sum in return for a new commercial accord.

Also, some holders of MPS’ junior bonds such as U.S. fund PIMCO have pledged to back the deal after the price of that debt plunged to half its nominal value on risks of a forced conversion into equity, two people close to the transaction said. PIMCO declined to comment.

Small savers who are MPS customers are expected to be persuaded to invest more money to avoid seeing the value of their existing holdings wiped out in the recapitalization.

After its market value shrunk to just 256 million euros, MPS will sell the new shares with a discount of only 8.6% over Wednesday’s closing price stripped of subscription rights.

That is a fraction of the discount normally offered to make these offers appealing.