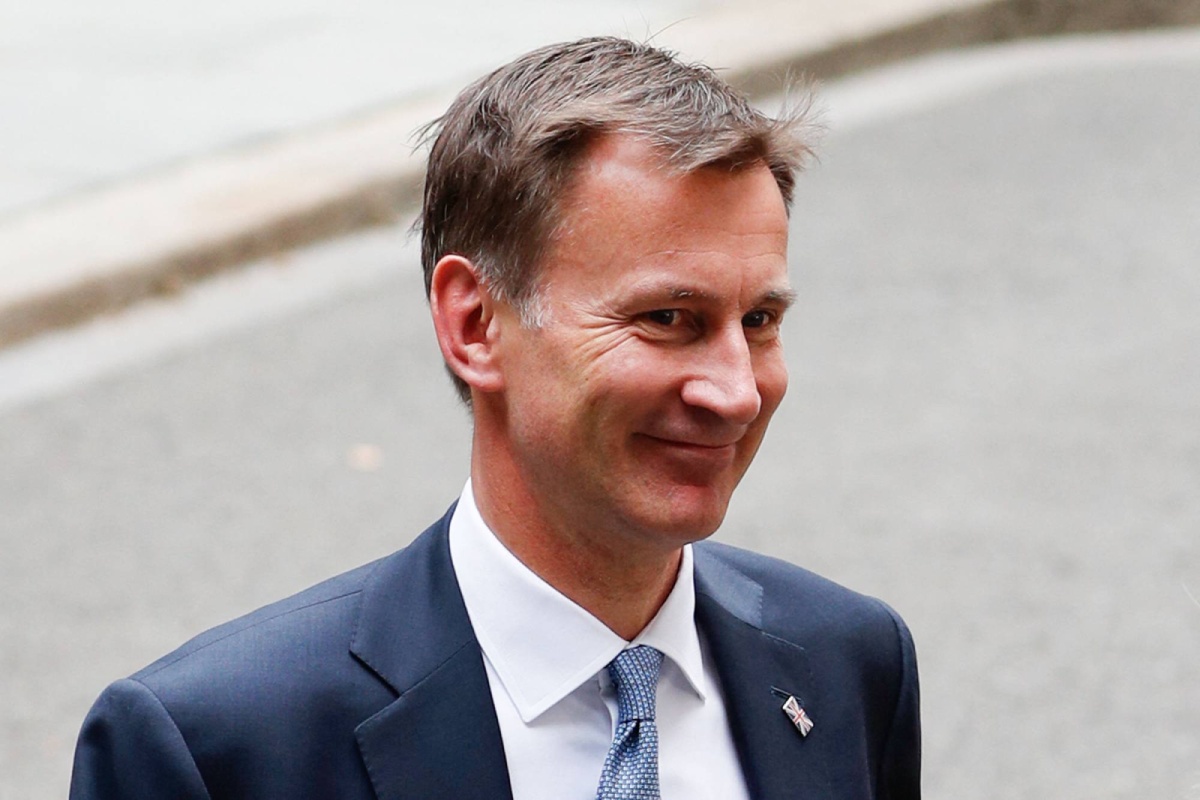 U.K. Finance Minister Jeremy Hunt used his first Monday on the job to announce that almost all of the controversial tax measures announced by his predecessor would be reversed.

The major U-turn includes scrapping the cut for the lowest rate of income tax from 20% to 19%, as well as reductions to dividend tax rates, the reversal of off-payroll working reforms, VAT claim-backs for tourists and the freeze on alcohol duty rates.

The only fiscal policies of previous Finance Minister Kwasi Kwarteng to remain are the cancellation of the planned rise in National Insurance, general taxation, by 1.25%; and a cut in taxes paid on property purchases.

Markets cheered the announcement, with sterling

Hunt also announced that the energy package designed to subsidize consumer and business energy bills would only run until April and then be reviewed in order to “cost the taxpayer significantly less than planned.”

Under the current plan, the government is capping the amount paid per kilowatt hour for gas and electricity lower than the market rate amid soaring wholesale prices. The average household is now expected to pay £2,500 per year, still up from 2021′s average £1,400 annual bill but far lower than the £4,650 that had been predicted without intervention.

“A central responsibility for any government is to do what is necessary for economic stability,” Hunt said in a short statement Monday morning.

“No government can control markets, but every government can give certainty about the sustainability of public finances. That is one of the many factors that influence how markets behave. For that reason, although the prime minister and I are both committed to cutting corporation tax, on Friday she listened to concerns about the mini-budget.”

Hunt addressed lawmakers in the House of Commons on Monday afternoon, saying that “many difficult decisions will be announced” when he publishes a new fiscal plan and economic forecast from the U.K.’s Office for Budget Responsibility on Oct. 31.

While the major announcements were made in the morning, due to what Hunt called their “market-moving” nature, he added the government was setting up an Economic Advisory Council to provide “independent expert advice.” It will include former Conservative aide Rupert Harrison; former Bank of England Monetary Policy Committee members Gertjan Vlieghe and Sushil Wadhwani; and Karen Ward, chief market strategist for EMEA at JPMorgan Asset Management.

Prime Minister Liz Truss did not answer questions in the House of Commons and was absent from the beginning of the session, with Commons Leader Penny Mordaunt saying she was busy with “urgent business.”

The government had already been forced to make a U-turn on both its plan to scrap the top rate of income tax and ditch a planned rise in the corporation tax from 19% to 25%.

On Friday, Truss fired Finance Minister Kwarteng less than six weeks after the pair took office, appearing to blame the chaos sparked in financial markets by the budget he announced Sept 23.

It included unfunded tax cuts forecast to total £45 billion, which were billed by Truss and Kwarteng as a radical plan to turbocharge the U.K.‘s sluggish economic growth and were a key part of Truss’ leadership campaign.

However, markets were spooked by a range of factors including the prospect of significantly higher government debt given the impending subsidies of consumer and business energy bills, and the perceived mismatch between the Bank of England’s current monetary tightening to tame inflation and the government’s stimulus package. The lack of economic forecast from the Office for Budget Responsibility also weighed on markets.

The pound’s yearlong decline against the dollar accelerated and U.K. government bonds, known as gilts, saw a dramatic sell-off. The Bank of England launched a temporary bond-buying program to support the market, which ended Friday, in large part to protect liability-driven investment (LDI) funds – many of which are owned by pension plans – from collapse.

Along with the potential effects of a weaker pound, the public has also been impacted by market volatility as mortgage offers were pulled and mortgage rates spiked as lenders assessed new rate hike expectations.

John Grieve, a former deputy governor of the Bank of England, told the BBC on Monday morning that leaks from the Treasury showed the U.K. deficit was nearing £70 billion.

“Hunt realized even if he squeezes public expenditure hard he won’t be able to square the books doing that,” he told the “Today” program. “So he can’t afford the sort of tax cuts, even the £25 billion that remains on the table.”

Paul Dales, the chief U.K. economist at Capital Economics, said that Hunt had wiped out the Truss/Kwarteng package in an attempt to reassure markets that the government has some fiscal discipline.

″It seems to be working, with most of the rise in the pound and the large fall in gilt yields earlier today having been sustained,” he said in a note.

“But while the Chancellor has reduced fiscal uncertainty, by guaranteeing that utility prices will be frozen only until April 2023 rather than October 2024, he has introduced more economic uncertainty.”

Dales said that this means inflation could be higher for longer, households’ real incomes could fall more steeply and any recession may be deeper.

“There are a lot of moving parts, but our existing forecasts that interest rates will rise from 2.25% now to 5.00% and that GDP will fall by 2% during a recession don’t seem that wide of the mark,” he added.

The latest U.K. inflation figures are due Wednesday.

“Today was probably an admission that you can’t just do things on the hoof without thinking about what the market reaction is going to be,” Tim Sarson, U.K. head of tax policy at KPMG, told CNBC’s “Squawk Box Europe.”

Sarson said there was limited evidence that the form of “trickle-down” economics espoused by Truss, which views lower taxes as a way to boost growth and raise overall prosperity, was effective, or that altering tax rates was the most important factor in determining the success of an economy.

Even putting that aside, Truss’ approach was particularly misguided, he said.

“It was just the way that it was done, the lack of clear costing, the fact that it was being done at a time when government finances are being stretched by the need to support consumers from energy, and a time when global interest rates and gilt yields are rising. There couldn’t have been a worse time to start experimenting with that sort of trickle-down policy,” Sarson added.

“There’s undoubtedly long-term damage because there’s been more uncertainty created, there’s lack of stability in policy. What you’ve seen the current chancellor do is try to reassert that certainty and credibility, but once that credibility is lost, it’s very hard to regain. And the government is going all-out to regain it at the moment,” Johnson said.

The ruling Conservative Party will be hoping that the arrival of Hunt, who has held previous roles as health and foreign secretary but was a so-called backbench member of Parliament until Friday, will give the government a much-needed boost in support.

Political polling shows the party plunging to lows not seen since the 1990s and Brits also face a difficult winter of higher prices.

Media reports have emerged of discontent with Truss’ premiership from her own MPs just 40 days since she took the job. However, under current Conservative Party rules, a fresh leadership election cannot be held for 12 months.

Former Prime Minister Boris Johnson announced that he would step down on July 7 after a wave of resignations by top ministers.