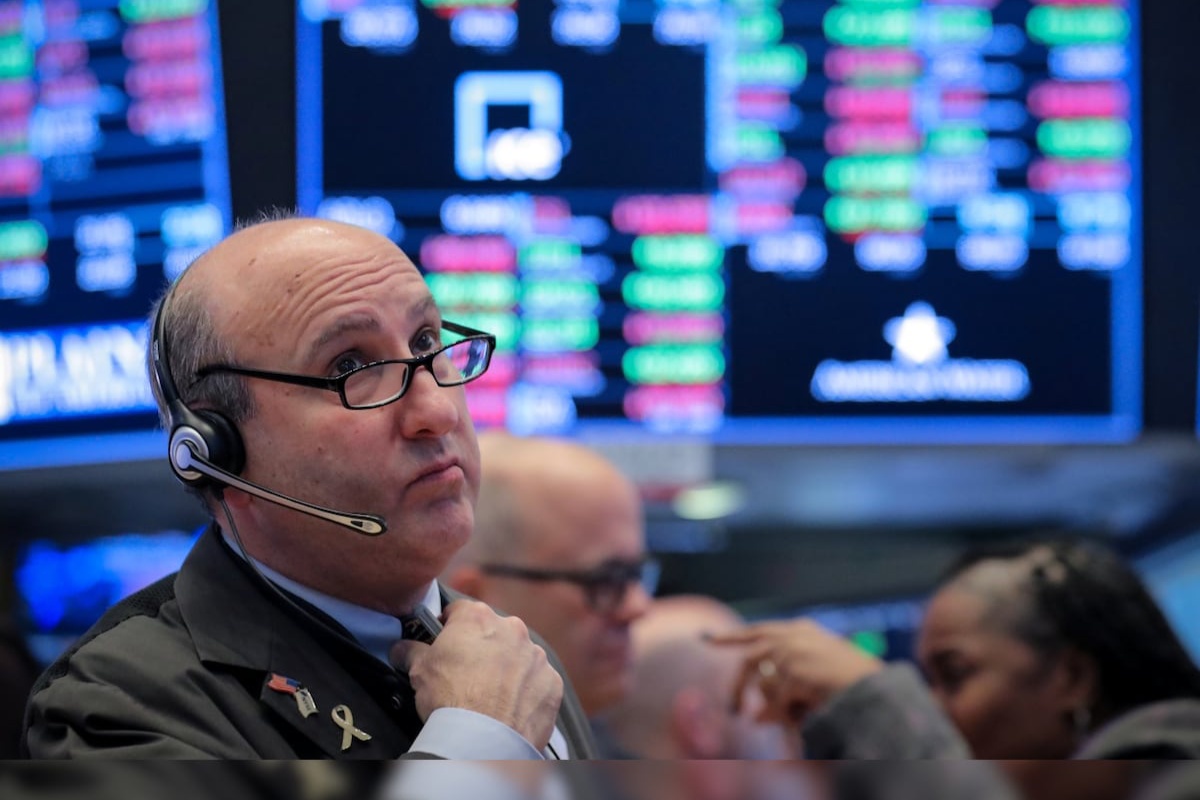 Wall Street kicked off the week with a broad stock market rally Monday, as investors look ahead to a busy week of company earnings reports and grow more confident that the Federal Reserve will turn the screws on the economy less aggressively.

The S&P 500 rose 1.2%, led by tech companies. The gains more than made up for the benchmark index’s losses last week. The Dow Jones Industrial Average rose 0.8%, while the tech-heavy Nasdaq composite closed 2% higher. Small company stocks also rose, pushing the Russell 2000 index up 1.3%.

Markets have been churning for weeks with sharp swings in both directions. On one hand, they’ve benefited from hopes that the nation’s high inflation will continue to cool and get the Federal Reserve to loosen up on its blizzard of hikes to interest rates. On the opposite end, they’ve taken hits on worries about a possible recession because of rate hikes already pushed through by the Fed.

Monday’s gains follow a strong Friday when stocks rallied on comments from a Fed official seen as a signal that the central bank may raise rates by just 0.25 percentage points next week. That would be a downshift from last month’s 0.50 point increase and from four straight earlier hikes of 0.75 points.

Higher rates intentionally slow the economy by making it more expensive for businesses and households to borrow, so a step down would mean less added pressure. The Fed has already pulled its key overnight rate up to a range of 4.25% to 4.5% from virtually zero early last year, and traders are now betting on a nearly 99% probability that the Fed will raise rates by just a quarter point on Feb. 1, according to CME Group.

The bigger question is how much further the Fed goes from there, and how long it will wait before it cuts interest rates. Such cuts can act like steroids for markets, and Wall Street is hoping they could arrive in the back half of this year. The Fed, meanwhile, has been adamant that it plans on holding rates high at least until 2024.

The yield on the two-year Treasury, which tends to track expectations for Fed movement, rose to 4.22% from 4.18% late Friday. The 10-year yield, which helps set rates for mortgages and other important loans, rose to 3.52% from 3.48%.

This year’s rally so far, with the S&P 500 up more than 4% in January already, is largely a result of how deeply pessimistic Wall Street become late last year, said Ryan Detrick, chief market strategist at Carson Group. With so many investors expecting further losses in 2023, “it was extremely lopsided,” he said, “and if you get any good news, you can get a bounce.”

“Have we had great news? No,” Detrick said. “But most of the inflation data is improving more than most people expected, which is opening the door for the Fed to take its foot off the pedal” and take it easier on rates.

More recently, concerns have also been rising on Wall Street about the strength of profits at companies because of the slowing economy and higher expenses. That’s key because profits are one of the main levers that set stock prices.

Baker Hughes, which provides services and equipment at oil fields, fell 1.5% in choppy trading after reporting weaker profit and revenue for its latest quarter than expected, despite analysts flagging strong orders and other encouraging signals in the report.

This upcoming week will see more than seven dozen companies in the S&P 500 report their results for the last three months of 2022, including some of the most influential. Headliners include Microsoft on Tuesday and Tesla on Wednesday.

Such big tech-oriented companies have already been announcing layoffs to cut expenses after acknowledging they misread the boom coming out of the pandemic and grew too quickly. Spotify said Monday it will cut 6% of its workforce, and it shares rose 2.1%.

Big Tech stocks carry particular weight on Wall Street because they’re some of the market’s most valuable. That means movements for their stock prices hold bigger sway over the S&P 500 and other indexes than smaller stocks.

After soaring through the pandemic thanks to super-low interest rates and a surge in demand from suddenly homebound customers, they’ve been struggling over the last year as the Fed has been furiously raising rates.

“This is a trend that has been forming over the past few weeks as we move from a value-led market which has existed in that high inflation, increasing inflation environment over the last 18 months,” he said.

Tech stocks in the S&P 500 rose 2.3% Monday, with chipmaker Advanced Micro Devices leading the pack with a 9.2% gain.

Meanwhile, another partisan battle in Washington about the nation’s ability to borrow may add pressure on markets. Wall Street has seen this argument many times already, but if the two parties can’t agree to allow the U.S. government to borrow more, economists say it could create chaos in markets and cause a recession on its own.

Crunch time appears to be in the summer, but each day that it grows closer increases the risk.

In Asian markets, Tokyo’s Nikkei 225 added 1.3% despite Japan’s finance minister saying the country faces an “unprecedentedly severe” financial situation after spending heavily to counter the pandemic and other troubles.

Several other markets in Asia were closed for the Lunar New Year holiday. In Europe, stock indexes closed broadly higher.