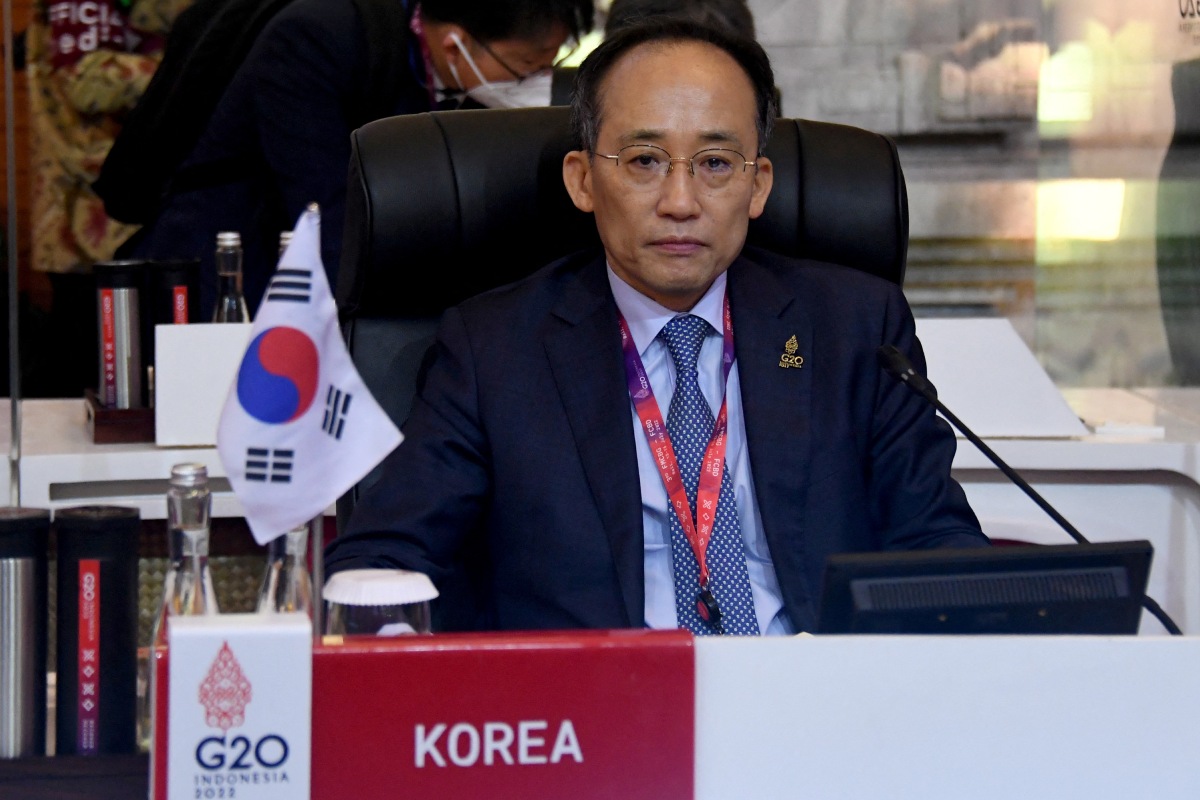 South Korea’s government will expand its corporate bond-buying program among other liquidity supply measures amid growing worries about a credit crunch in bond and short-term money markets.

The government will double the ceiling of its corporate bond-buying facility run by state-run banks to 16 trillion won ($11 billion), Minister of Economy and Finance Choo Kyung-ho said on Sunday.

The measure is aimed at easing volatility and concern of tight liquidity in corporate bond and short-term money markets, Choo said after a meeting with top financial officials, including the central bank governor and regulatory chief.

Commercial paper issued by securities firms will be included in the facility’s purchase list, while an additional 3 trillion won of liquidity will be supplied by the Korea Securities Finance Corp for securities firms experiencing liquidity shortages, he said.

The Bank of Korea’s monetary policy board will also consider its own measures, such as reactivating a special purpose vehicle to purchase corporate bonds and commercial paper first introduced during the pandemic, Governor Rhee Chang-Yong told reporters.

But premises to macroeconomic monetary policy are unchanged as this issue is temporary and particular to the commercial paper market, he said.

There have been growing worries about signs of stress in South Korea’s short-term money market, with the central bank has raised its policy interest rate by 250 basis points since August last year from a record-low 0.5% to contain inflation.

The official end-of-day yield on a 91-day commercial paper rose to 4.25% on Friday from 1.55% at the start of the year, with the spread over the central bank’s policy rate widening to 125 basis points from 48 basis points over the same period.

To help allay the situation, the Financial Services Commission on Thursday said it would delay by six months a plan to normalize requirements for banks to hold more liquid assets.