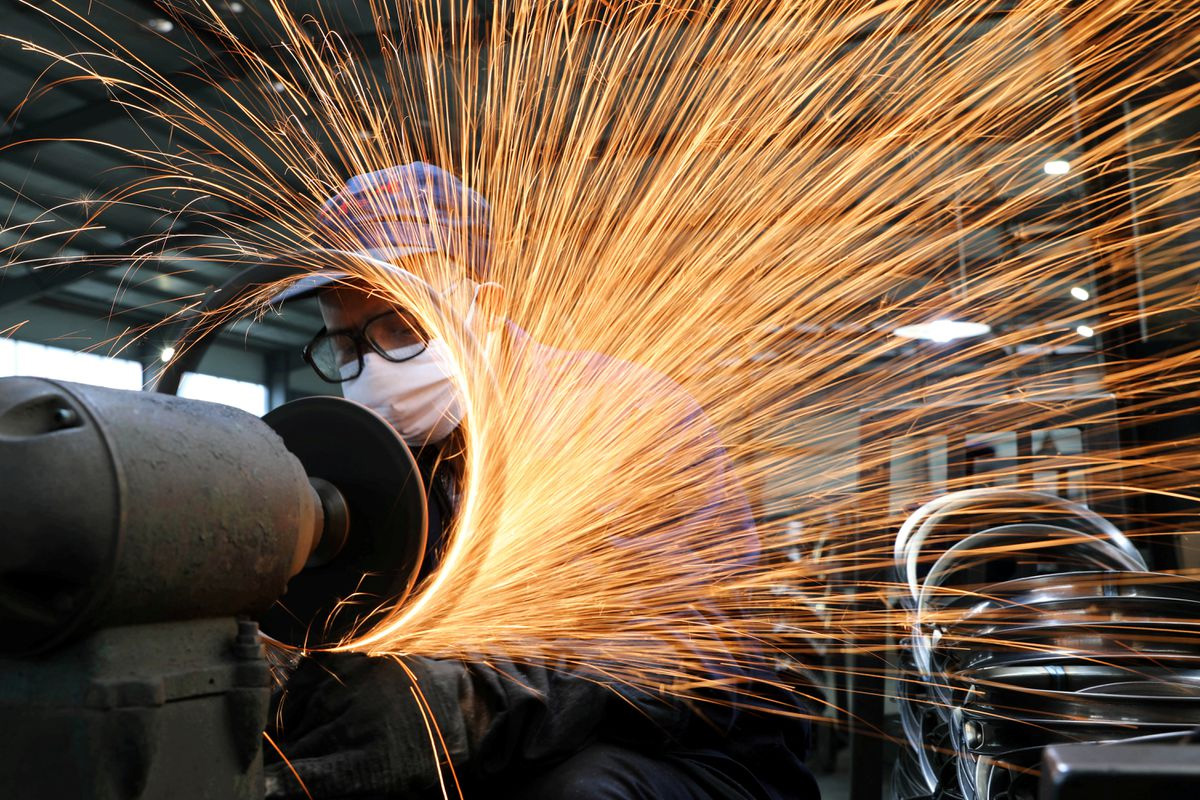 Activity in Chinese manufacturing and services simultaneously contracted in March for the first time since the height of the country’s COVID-19 outbreak in 2020, adding to the urgency for more policy intervention to stabilize the economy.

The official manufacturing Purchasing Managers’ Index (PMI) fell to 49.5 from 50.2 in February, the National Bureau of Statistics (NBS) said on Thursday, while the non-manufacturing PMI eased to 48.4 from 51.6 in February.

The last time both PMI indexes simultaneously were below the 50-point mark that separates contraction from growth was in February 2020, when authorities were racing to arrest the spread of the coronavirus, first detected in the central Chinese city of Wuhan.

The world’s second-largest economy revved up in January-February, with some key indicators blowing past expectations, but is now at risk of slowing sharply as authorities restrict production and mobility in COVID-hit cities, including Shanghai and Shenzhen.

“Recently, clusters of epidemic outbreaks have occurred in many places in China, and coupled with a significant increase in global geopolitical instability, production and operation of Chinese enterprises have been affected,” said Zhao Qinghe, senior NBS statistician.

Shanghai’s COVID-19 lockdown roiled auto production in recent days as two major suppliers joined Tesla in shutting plants to comply with measures to control the spread of the coronavirus.

“As the Shanghai lockdown only happened in late March, economic activities will likely slow further in April.”

The sub-index for production fell below the 50-point mark for the first time since October, to 49.5, indicating a contraction. The gauge for new orders was also in negative territory.

“Due to the epidemic outbreaks, some companies in some areas temporarily reduced production or stopped production, which also affected the normal production and operation of both upstream and downstream companies,” Zhao said.

Some companies also saw the cancellation or reduction of overseas orders due to geopolitical uncertainties, Zhao said.

Weakening production and demand sped up the contraction in factory jobs, with the employment sub-index slipping to 48.6 in March, the lowest since February 2021.

“The services index remained above the low of 45.2 that it hit last August during the Delta wave. That’s probably because the survey was conducted prior to the worst disruptions.”

To cushion the impact of new COVID-19 lockdowns, authorities have unveiled steps to support business, including rent exemptions for some small services-sector firms.

On Wednesday, the government said it will roll out policies to stabilize the economy as soon as possible amid increased pressures.

The central bank, which kept its benchmark interest rate for corporate and household lending unchanged in March, is expected to cut rates and lower reserve requirements for banks as downward economic pressures build, analysts say.

China’s official composite PMI, which combined manufacturing and services, stood at 48.8 in March versus 51.2 in February.

The composite PMI was at its second-lowest reading on record since February 2020, when the initial COVID outbreak sent the index plummeting to 28.9.

“This suggests that the economy is contracting at its fastest pace since the height of the initial COVID-19 outbreak in February 2020,” said Evans-Pritchard.