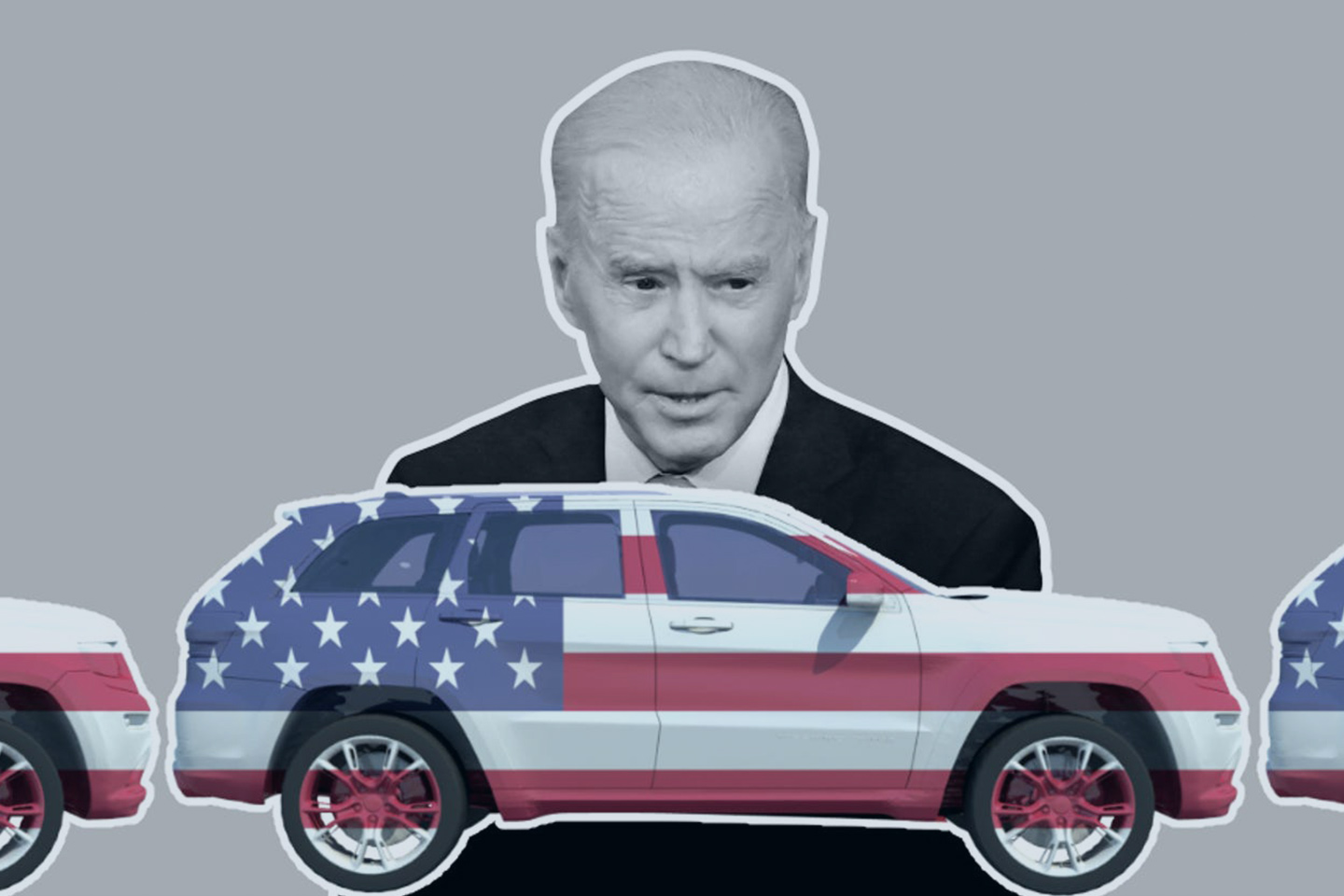 Buy American. It’s a common refrain among politicians from both sides of the aisle.

So common, in fact, that former President Donald Trump and President Joe Biden – who share little common ground – have both promoted the concept.

Biden most recently made the case for buying American goods during his speech Wednesday night to Congress, selling it as a way to breathe more life into the U.S. economy.

But buying American is easier said than done, in no small part because the definition of an “American” product has been muddied in recent decades amid an increasingly globalized economy.

Biden said he has “strenuously” insisted that members of his administration direct their spending power, bolstered by his recent stimulus package, toward American goods.

“That does not violate any trade agreements. It has been the law since the ‘30’s, buy American,” Biden said. “American tax dollars are going to be used to buy American products, made in America and create American jobs. That is what it is supposed to be and would be in this administration”.

As he said, though, the U.S. government already devotes most of its spending power toward American branded products.

Take vehicles as an example.

In the 2019 fiscal year, 94% of the U.S. government’s 645,000 vehicles were domestic brands, such as Chevrolet and Ford, according to the General Services Administration.

That year – the most recent in which data was available – the government’s cost of operating domestic vehicles totaled $4.1 billion, compared with only $262 million spent operating foreign-brand models. The State and Defense departments, both of which operate extensively in foreign countries where American brands are often limited or unavailable, accounted for more than 90% of the government’s spending on foreign vehicles, according to the GSA.

“As far as buying American, there’s not a lot they can do,” said Garrett Nelson, an analyst at CFRA Research who tracks the auto industry and certain consumer goods. “When you look at government purchases, the vast majority of government purchases over the last five or six years have been American products.”

So for the “buy American” movement to build momentum, it will probably have to draw largely from the spending power of consumers and companies.

“I think it’s more reaching out to the private sector and individual consumers and families and encouraging them to buy American products,” Nelson said.

But, again, what exactly is an “American” product?

Let’s go back to cars and trucks.

The Jeep Cherokee SUV was the second-most “made in America” vehicle in 2019, according to a Cars.com study, trailing only the Ford Ranger pickup. The 2020 Cherokee was assembled at a plant in Illinois and got more than 60% of its parts from U.S. factories, including its engine and transmission, according to the National Highway Traffic Safety Administration’s American Automobile Labeling Act Reports.

But Jeep, often considered the quintessential American vehicle brand, doesn’t make all of its vehicles in the U.S. Not by a longshot.

Just look at the Jeep Renegade, another SUV that’s slightly smaller and cheaper than the Cherokee. It is assembled in Italy and gets 86% of its parts from outside the U.S. or Canada, including its Italian engine.

On the other hand, automakers that are based in foreign countries, including Japanese companies like Toyota and Honda as well as Korean manufacturers such as Hyundai and Kia, make millions of vehicles in the U.S. each year.

No matter what the model, there are about 30,000 parts in the average gas car, there’s effectively no way to buy a vehicle that is purely American.

“Those parts are made from all over the place,” Nelson said. “Globally, supply chains have become extremely complicated over the last few decades”.

To be sure, advocates for buying American goods say it’s still the right thing to do to support American jobs. The United Auto Workers, a union representing hourly employees, famously banned foreign-brand vehicles from its parking lots to emphasize its buy-American message.

On Thursday, after General Motors announced plans to make some electric vehicles in Mexico, the UAW slammed the move as “unseemly”.

“At a time when General Motors is asking for a significant investment by the U.S. government in subsidizing electric vehicles, this is a slap in the face for not only UAW members and their families but also for U.S. taxpayers and the American workforce,” said Terry Dittes, UAW vice president and director of the union’s GM division, in a statement.

But critics of the “buy American” movement say it will have unintended consequences.

“Buy American provisions have one effect above all – they raise prices – because if American goods were more affordable than foreign goods, people would buy them already,” said Iain Murray, a trade policy expert at the Competitive Enterprise Institute, in an email. “But they aren’t, because American workers demand a wage premium – and President Biden wants them to get it. That raises prices”.