Crypto has always been a highly sensitive market, and its investors are always aware of that fact. However, the last few weeks – between 15 May to 23 May – have seen the market plummeting unlike any prior crashes. The tanking of Bitcoin, the world’s most prominent cryptocurrency, to as low as 47%, has definitely caused ripples in the market. Will Bitcoin’s volatility affect crypto’s perception worldwide? Will people be wary about investing in this market in the future? Let’s explore some answers.

Surely the sell-off was a product of tweets by Tesla and its founder Elon Musk. Radical price swings can definitely be attributed to the 49-year-old billionaire entrepreneur known for his innovative business ideas and achievements.

Crypto’s biggest drop came after China cautioned about cryptocurrencies’ usefulness. This was coupled with environmental concerns over crypto mining and a flurry of Musk’s tweets. One major trigger was where Tesla said it was rethinking its decision of accepting Bitcoin as payments. A month back, the firm purchased $1.5 billion worth of Bitcoins.

The result was a ‘crypto crash.’

Cryptocurrency volatility at this stage has been creating a lot of noise recently, but markets and turbulence go side by side.

Amid the dropping crypto market and Musk’s continuously impacting tweets, netizens took to the social media channel to express their disappointment. The result was a horde of memes and jokes with trending hashtags around #Elon and Bitcoin. 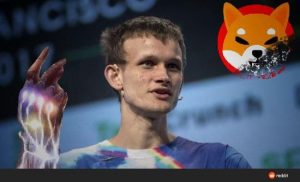 Some fans of crypto also tweeted, “#Bitcoin may lose a battle here and there, but it will win the war.”

What the biggest investors think about Bitcoin’s volatility

“Bitcoin’s down 30% off the highs, it’s really not down very much,” says Kyle Davis, a Bitcoin evangelist.

Davis along with his buddy Su Zhu started a crypto mining company Three Arrows. Today, they hold a portfolio worth billions of dollars and are among world’s biggest crypto holders.

This may not go well with those Americans or global investors who poured their life’s savings into the latest rally, only to see it downsize in a few weeks. The market is niche and has travelled from being just a concept to a potential financial investment that is owned by a sizable portion of investors around the world. While early investors understand this volatility, it is the new converts that must be willing to sustain losses.

Bitcoin rose again, as much as 6.5%, to $40k. Other smaller coins continue to rise and fall. Bitcoin, however, is still down as compared to its record rise in April this year.

Reasons behind the recent slump are the fears of crackdown in China over Bitcoin mining, an emerging sector of Bitcoin production. The process is highly energy-intensive and has been infamous for its environmental impact. On 25 May, China’s northern region of inner Mongolia pushed towards rooting out the bitcoin mining and trading business.

Summing up: Investors can either get swayed by the current instability or wait for the hysteria to calm down. Either of the decisions have the potential to permanently change the way the world handles cryptocurrencies.

Suraj
Suraj is a passionate blogger who writes for a global audience. His writings can be inspired from a myriad of topics to anything distinguishable that keeps a reader hooked. He has written for many websites and also been showcased as a guest author. Suraj lives in India right now.

Facts About the COVID-19 and U.S. Economy

Evergrande Crisis: Will It Trigger a Global Economic Catastrophe?

Get Omnichannel Experience for Your Customer Onboarding

How Upskilling Prepares Your Workforce for Future Disruption